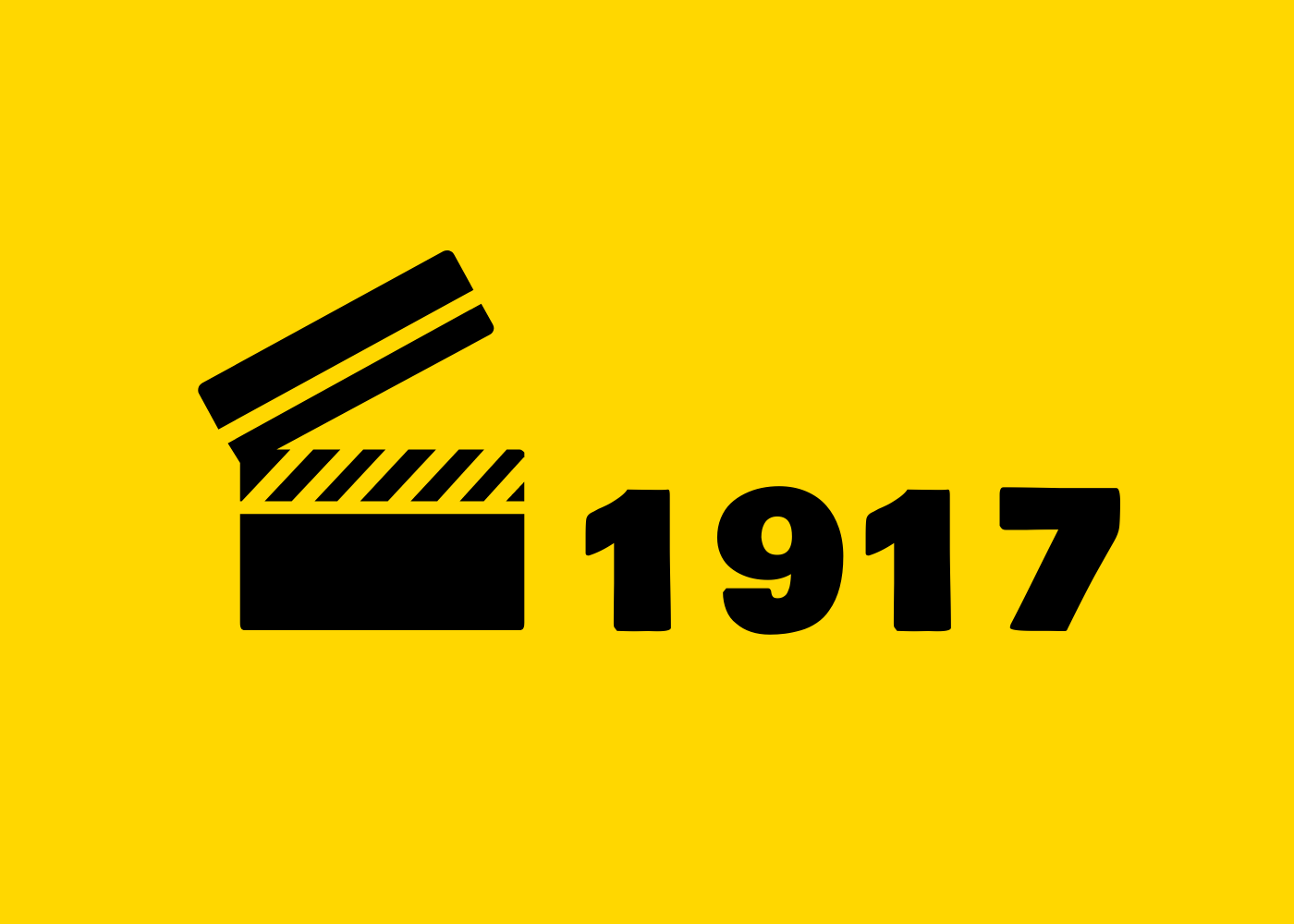 It’s not every day you get to say you were a WW1 British sergeant in an award-winning Hollywood movie. But now I can…

For anyone that knows me, acting isn’t my thing. An introvert by nature, I’m more comfortable writing content for clients, away from big crowds of people. However, I tend to surprise myself every so often. And in one of my latest unexpected voyages into the great unknown, I decided to audition as an extra for Sam Mendes’ Golden Globe-winning film, 1917.

Becoming an extra in 1917
‍The idea of being an extra in 1917 first started when my sister sent me the casting call. As a bit of a film buff, a modern history nerd and a lover of Sam Mendes movies, I instantly saw the value in the opportunity, despite my anxieties.

Fast forward several emails, and I found myself in Salisbury Theatre getting my mugshot taken, being measured by a group of costume designers and telling the production crew what my favourite animal is on camera. Clearly, they must have liked sharks because I was quickly invited to attend two 'Bootcamp' sessions.

There were no trenches and cameras involved, just an open field and military advisers telling a group of us to hold an imaginary gun and duck from artillery! However, I did get the chance to fire an old Lee-Enfield gun in the second 'Bootcamp' After being told “I have the perfect look” (whatever that means) and attending a costume fitting, it was time for “lights, camera, action”.

Cups of tea and falling arse over tit
‍Despite my love of films, I never realised the complexities and effort required to make a big-budget movie. I mean, the poor runners had to continually fill my cup up with tea and cake me in mud for the 30+ takes of the opening scene.

It was also strange being around famous actors like Daniel Mays, George MacKay and Dean-Charles Chapman.

While the days were long, it was a privilege to watch one of my favourite directors, Sam Mendes, plot every line of dialogue and movement with Roger Deakins – the genius cinematographer behind films like Blade Runner 2049, Skyfall and The Shawshank Redemption.

Granted, making a movie wasn’t as romantic and spectacular as I first thought. I learnt that on the first day of filming when I sat in a blistering hot tent for nine hours straight, before missing my call after spending twenty minutes on the toilet trying to figure out how to undo my braces!

For the iconic running out of the trench scene, we had to wait hours praying for bleak skies before we could start shooting. Some days mostly consisted of the hair and makeup team slapping litres of sun cream on me and telling me to “stop tanning”.

During one take, I even managed to completely mistime my exit out of the trench – face planting the floor and taking out a load of wiring in the process too. Smooth. Yet, taking a step into the unknown and being a small part of this massive production taught me a valuable lesson – that life is short.

I’m not pretending to know how those brave people felt before going over the top. But having worn the heavy uniform and getting a tiny glimpse into the dreary and monotonous environment our soldiers faced in WW1, helped me put things into perspective again. Filming back-to-back days with 3 hours of sleep a night, clean shaving myself raw at 2am and spending 13 mind-numbing hours in a field in a fully equipped sergeant uniform may have felt dreadful at the time, but on reflection, it wasn’t.

Instead, it was a once in a lifetime opportunity to meet new people, learn new things and help tell the story of the real heroes. So, when work is tough or life deals you a shit hand, take yourself out of the situation and allow the negative thoughts clouding your judgment to pass before proceeding.

Close your laptop, hide your phone or go for a walk. Do whatever it takes to think more clearly and put things into perspective. Signing up for 1917 was a big step for me and the working days proved to be very taxing. But guess what? I'm still here and I'm proud of myself for seizing this opportunity.

If I didn’t take myself out of my comfort zone on this occasion, would I have dared to make the transition from a freelancer to a limited company? Maybe not.

So, if there's a daunting prospect ahead, think of it as a chance to learn and surprise yourself. Who knows, you might just find yourself in an award-winning Hollywood film! Looking to hire a copywriter or content marketing specialist?

The good news is that I won’t be giving up my day job anytime soon and our team is always here to help. To discuss your content marketing needs, get in touch with us today.

Why do I need a copywriter?

Are you a pluviophile?